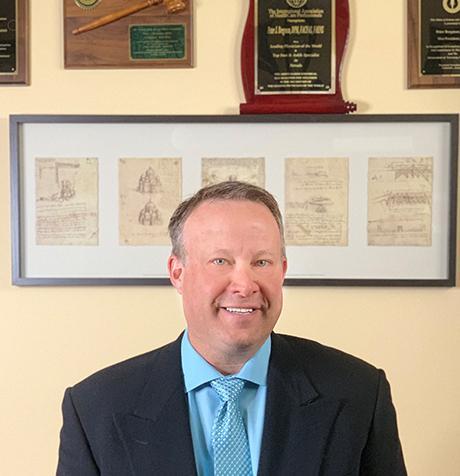 With over 25 years in practice as a podiatrist, Peter J. Bregman, DPM, has often been recognized as an expert in complex foot and ankle conditions, as well as sports injuries. As the founder of Bregman Foot-Ankle & Nerve Center in Las Vegas, Dr. Bregman welcomes new and existing patients to the practice. He was just voted a TopDoc by MyVegas magazine which recognizes the best doctors in Las Vegas. He has consistently been in the top 3 best foot doctors since he came to Las Vegas. He has treated professional athletes from the NFL and NHL as well as celebrities. Patients travel from all over the world in order to have Dr. Bregman perform surgery when needed.

To further his expertise in foot and ankle surgery, pediatric reconstructive surgery, trauma care, and flat foot repair, Dr. Bregman went on to complete a podiatric trauma and pediatric fellowship at Vilnius University Hospital in Lithuania. He is currently board-certified through the American Board of Foot and Ankle Surgery.

Dr. Bregman maintains professional memberships with the American Podiatric Medical Association, the Association of Extremity Nerve Surgeons, and the American Society of Podiatric Surgeons, to name a few. Throughout his career, Dr. Bregman has stayed involved in research, academics, and continuing education. He’s been published in over a dozen peer-reviewed scientific journals and spends time lecturing internationally about his research.

Though Dr. Bregman has special interests in sports medicine, pediatric foot care, peripheral nerve surgery, and minimal incision surgery, he’s able to diagnose and treat all types of foot and ankle conditions. He regularly cares for patients who struggle with chronic ailments such as gout, plantar fasciitis, diabetic foot ulcers, arthritis, and neuropathy, among others. 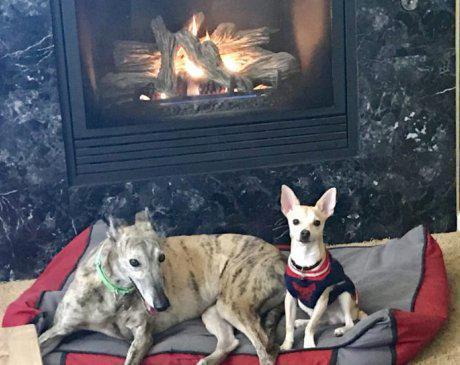 In 2010, Dr. Bregman relocated to Las Vegas to enjoy the desert and to escape the harsh winters in the Boston area. He established his roots and ultimately founded his state-of-the-art private practice, Bregman Foot-Ankle & Nerve Center, which gives him the opportunity to focus on patient-centric care and high-quality medical services. Dr. Bregman is also bilingual in English and Spanish.

When Dr. Bregman is away from the office, he enjoys playing golf and learning about wine. He’s passionate about rescue animals and even has a rescue greyhound of his own as well as a little chihuahua named Lucky. Dr. Bregman is also a huge fan of the Vegas Golden Knights hockey team and regularly attends games.

Words from our patients